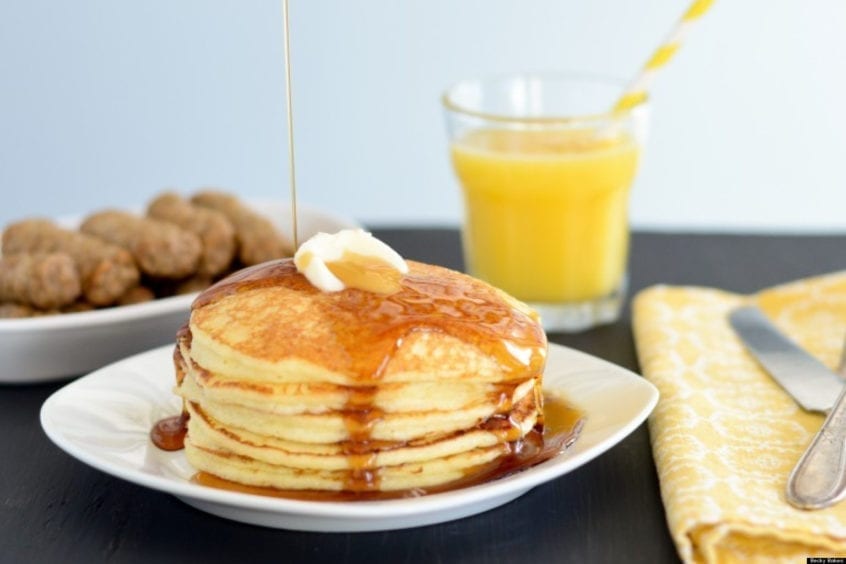 Robert Polk and his wife, Carolyn, opened Kailyn’s Kitchen, now Kailyn’s Diner, a year ago in Las Vegas. Even with Robert’s 25 years experience in restaurants, the first 6 months were tough. Kailyn’s Diner is a small restaurant off The Strip known for their incredible breakfast creations. Although their Yelp reviews were through the roof and they had a lot of regulars, Kailyn’s was struggling.

Without extra cash for better back-of-house equipment and updated decor, Robert agreed to appear on Spike TV’s Hungry Investors. I watched the episode as hosts Jon Taffer, John Besh, and Tiffany Derry pitted Kailyn’s against another diner in Vegas, Rambo’s.

On the surface, Rambo’s looked like they had better market potential. Rambo’s space was significantly larger and they were dialed into their kitschy decor. But Robert’s passion for the business, for cooking, and for his customers garnered the win for Kailyn’s Diner. The investors paid for new furniture, upgraded kitchen equipment, and updated decor.

Chef Robert has been an Easy Ice customer since shortly after he opened Kailyn’s Diner. I caught up with him to chat about the diner, his menu, and their appearance on Hungry Investors.

The Iceologist: Congratulations on Kailyn’s Hungry Investors win! How did being in the competition come about?

Robert: The show contacted me as they wanted to have two Las Vegas diners on the show. Originally, I turned them down. But then the casting agent called me again and I said yes. Truthfully, we had put everything we had into the business and I needed their help.

The Iceologist: The Kailyn’s Diner vs. Rambo’s episode was very emotional to watch. You were pretty raw when the investors first arrived.

Robert: It was very emotional! Spike TV delayed the air date 3 times and I was anxious to see traffic increase after the episode. When we watched it, I was on the edge of my seat. I felt like I was watching a sporting event, even though I knew the ending!

The hosts and all the people behind the scenes of Hungry Investors were great. They appreciated my passion and experience as a chef. That definitely helped us get the win. Since the show aired, our profits are up about 15% and growing. We have even more regulars that we see 3-4 times a week. I love that personal connection. We have counter service and an open kitchen which gives me the opportunity to really get to know my customers.

My motto is “you walk in the door and you become family”. Our place is small and I just want to make my customers happy while making a comfortable living.

The Iceologist: The investors wanted you to make a few changes including changing the name from Kailyn’s Kitchen to Kailyn’s Diner, opening for dinner and firing your wife. Have you adhered to all their suggestions?

Robert: We kept the name change, which people seem to love. We were open for dinner service at first, but since I’m the owner/chef, I was working 3 am until 9 pm and that wasn’t sustainable. I plan to revisit dinner service again soon once I’ve made some changes. As far as my wife… well, I love working with her, so she’s still here. I’m in the process of implementing a new tablet-based POS system which will help streamline her responsibilities.

The Iceologist: You’ve been in the business for 25 years. Did you always work in Vegas? 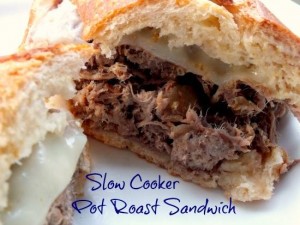 Robert: I started in the business as a dishwasher when I was in high school in the Los Angeles area and worked my way up. I ran track and ended up studying journalism at the University of Oregon while on their track team. After graduation, I returned to LA with plans of becoming a sportswriter while managing a restaurant. Well, the journalism thing didn’t pan out, but I ended up becoming the Executive Sous Chef at Trump’s National Golf Course in Los Angeles. That’s when I really fell in love with food (not just the work of preparing food) and developed my passion for the restaurant business.

We decided to move to Las Vegas where I was running the kitchen for the Mandalay Bay Convention Center. It was crazy — I was working 100+ hours a week and I never saw my family, but the experience opened doors for me. For 10 years, I specialized in opening new restaurants, and traveling the country and once they were up and running I moved on to the next one. It was a lot of fun for a while, but as my daughter got older, it was harder on her. So we moved back to Las Vegas in search of our own restaurant to buy. I borrowed some money and opened Kailyn’s.

The Iceologist: What an interesting journey! I’ve been looking at your menu and am surprised by the prices — really reasonable. How do keep your prices so competitive?

Robert: I have close to zero waste. Many restaurants over-buy leaving them with surplus food that ends up getting tossed. I’m the owner of Kailyn’s and the only cook, so I know exactly what I need. I know how much to prep and nothing goes to waste.

I make my homemade gravy (used on best-selling chicken fried chicken) every other day. Sure, I could save time making a bigger batch once a week, but it wouldn’t taste as good and I might end up tossing some of it. Keeping food waste to a minimum keeps my costs down and ensures my customers are getting fresh food every day.

The Iceologist: That’s a really smart tip, Robert! Ok, you’ve been in the restaurant business a long time. What’s behind your decision in choosing Easy Ice over buying an ice machine?

Robert: When I bought Kailyn’s, all existing equipment came with the purchase. And it was old! Everything was falling apart and needed repair. The ice machine died right after we opened and I was buying bagged ice (not a good idea). Some days I was spending $50-$60 a day in ice. I didn’t even know there was an option like Easy Ice until I started doing research. I saw Chef Robert Irvine on your website and bookmarked it. Then I kept coming back to it and realized it’s not financially worth it to buy a commercial ice maker, so I called you guys.

I wish Easy Ice had a subscription program for every piece of back-of-house equipment! You guys set me up with a brand new ice machine, which is great. Since it’s new, I don’t expect it to go down, but if it does I know Easy Ice has my back with free replacement ice. Just a few weeks ago, your technicians were out here performing regular maintenance. Your ice machine subscription is saving me a lot of hassle!

The Iceologist: Thanks Robert – we aim to give our customers a hassle-free solution to their ice needs. Any final thoughts?

Robert:  Anyone who thinks they can open a restaurant without prior experience is absolutely out of their mind! And don’t buy an ice machine!