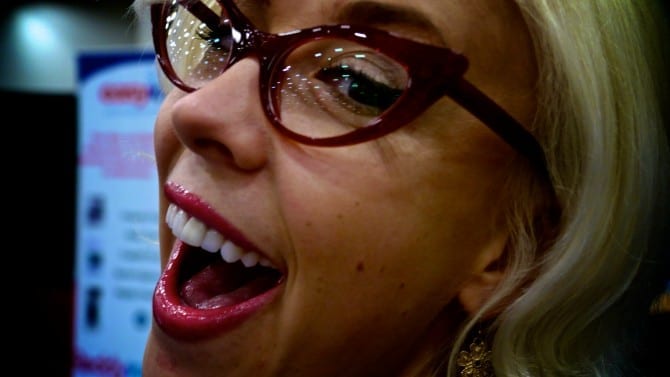 Emily Ellyn is a Food Network fan favorite and a friend of the Iceologists.  Inspired by Easy Ice, Chef Emily has been generous with sharing her icy recipes with us and directly addressing some of her fan’s questions through our website.

When we opened up questions from fans for Emily last month, we received questions about what she likes to cook, what cooking methods she uses and her culinary future. Here’s Emily!

Who would you like to invite over for dinner?

If I could invite the world, I would!  More than anything I love to have my two nephews over for breakfast.  It’s my FAVORITE meal with them because the 3 year old always wakes me up in the morning and says “ok Emmy its brrrreeakfast time!!”

And, after we cook something like cornbread waffles, turkey bacon and eggs and fix our fruit smoothies, he calls everyone to the table “Evvverrryone its breakfast! Please sit nowwwwww we neeeeed to eat!”  Never gets old hearing his sing song voice.

EAT!!  You can’t cook if you don’t know how things taste! My dad always said, “Cook what tastes good!”  He would start cooking then taste…add a little of this and then a little of that…taste and repeat until it satisfied his taste buds!

Any ideas for cooking venison so it’s not so tough? 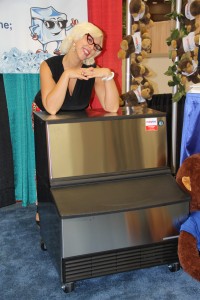 Growing up in Northeastern Ohio we always had a deer in our freezer, venison jerky and summer sausage in dry storage.

Venison cooked well is heavenly yet prepared poorly it nearly inedible without LOTS of sauce.  Cooking with venison can be tricky but before the cook makes a delicious meal the hunter must properly prepare the venison—that means proper field dressing and processing.

My brother-in-law is a pro at preparing venison.  He advises that above all else the hunter must dress the venison quickly – the longer the meat stays on the deer carcass after the animal was shot, the tougher it becomes.  Choose deer meat that was cut, skinned, wrapped and refrigerated properly and promptly.

To cook the meat you must first trim away the visible fat (this is what gives the venison a “gamey” flavor).  If you have a very lean cut of meat like the tenderloin cook quickly on high heat (DO NOT OVER COOK) serve medium rare and allow to rest for 3 minutes before serving to allow the muscle to relax.

For larger less tender cuts of meat like roasts marinate for several hours before cooking it.  A good marinade can be as simple as a mixture of salt, vinegar and water.  The marinade will tenderize the meat and add flavor to it, removing the “gamey” taste.  Keep the meat moist when cooking.  Because it is so lean, deer meat is prone to drying out when cooked, making it tough and chewy.  Cooking with a method that keeps venison moist, such as frequent basting, braising, or slow cooking, will preserve the flavor and keep the meat tender.

When all else fails make venison summer sausage!

What past food trend do you think is making a big comeback with a new style?

COOKING WITH BEER!  With microbreweries, gastro pubs and home-brewers focusing more and more on creating artisanal beers and pairing these new brews with food, it is no wonder that cooking with beer is one of the hottest trends this year.

For more information about Emily, her Retro Rad culinary style and to get some of her recipes, visit EmilyEllyn.com