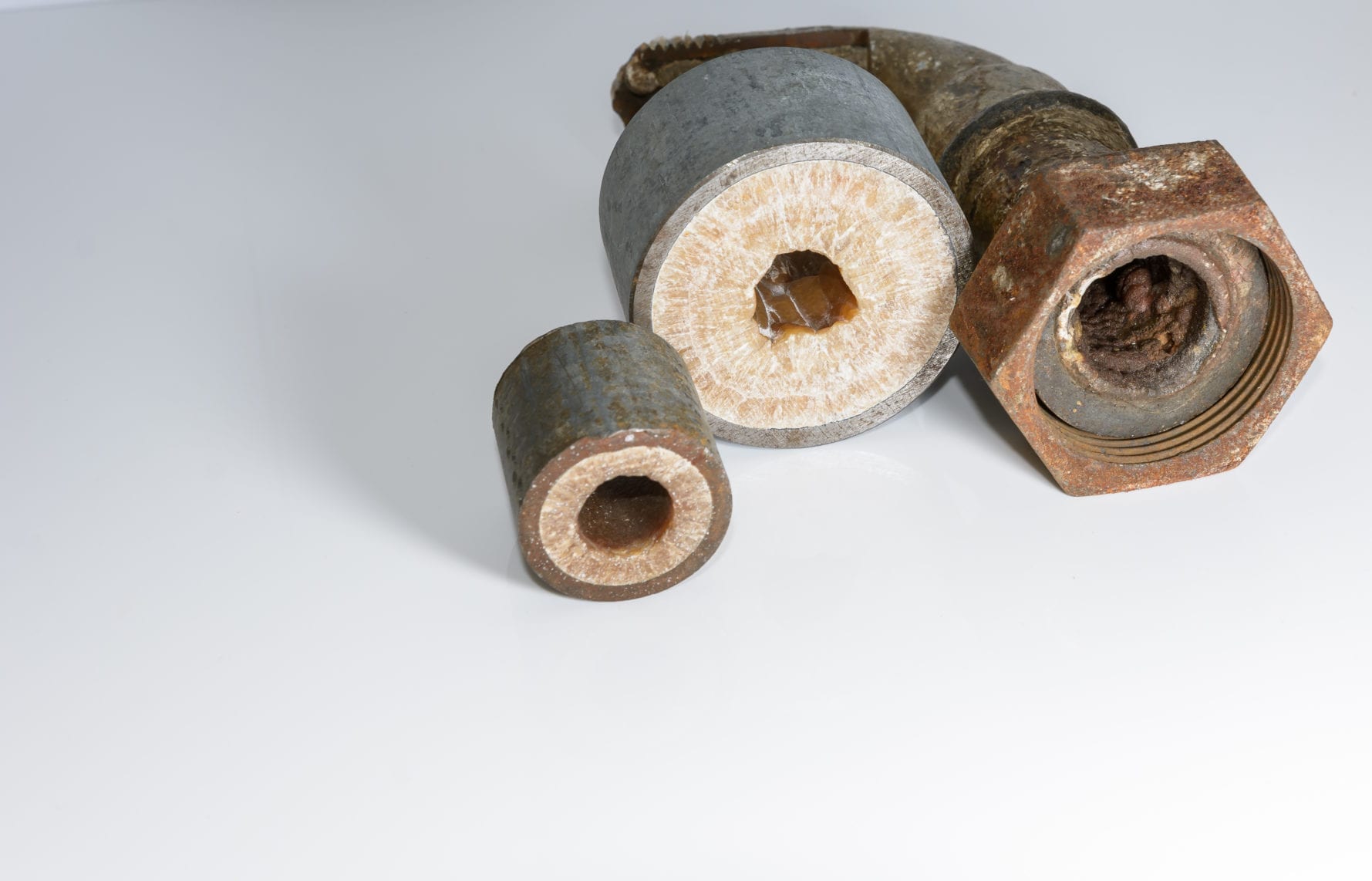 Many places in the US suffer from water with increased concentrations of minerals, otherwise called hard water. While hard water isn’t hazardous to people, it can cause some severe problems in ice equipment. Let’s discuss what happens when you have hard water in your ice maker.

What is Hard Water?

Hard water is water that has high mineral content. It’s formed as water percolates through the soil, picking up calcium and magnesium deposits on the way.

The type of soil in your area is the main factor that determines water hardness. Water that flows over volcanic (igneous) rock is softer, while sedimentary rock like limestone, chalk, or gypsum will harden water.

Several places in the US have varying degrees of mineral deposits. The highest concentrations reside in:

Hard water is not dangerous to drink. In fact, some studies suggest it has multiple health benefits. Still, it causes many problems for industrial ice making equipment.

Can Hard Water in Your Ice Maker Cause Damage?

When there’s hard water in your ice maker, the calcium and magnesium deposits bond to create scale. Scale ranges in color and hardness, but it generally has the consistency of chalk and binds strongly to surfaces.

The presence of hard water in your ice maker can lead to serious problems that will result in your ice machine not making ice. Scale caused by hard water binds to vital ice machine components, like floats switches and evaporator plates, and can lead to expensive ice maker repairs. It’s important to make sure that ice machines or ice dispensers that reside in areas with hard water have the proper water treatment to prevent scale from forming in the unit.

How Do I Treat Hard Water in My Ice Machine?

There are a few ways to deal with hard water and prevent scale buildup in your ice maker; they include:

As the name suggests, salt-based water softeners use salt to reduce the levels of minerals in the water supply. They use a process called ion exchange to swap calcium and magnesium ions with sodium ions.

Salt-free “water softeners” is actually a misnomer. Technically, the water that passes through these systems is not “softened,” but rather treated.

Phosphate filters are one of many common ice machine water filters. These filters treat hard water in ice makers so that calcium and magnesium don’t bond. This is done by satisfying the ionic bonds between magnesium and calcium, so they never combine to form scale.

Phosphate filters don’t work well in hot water conditions, but since ice machines use cold water, they are perfectly suitable for most commercial cuber ice machines.

Dealing with Hard Water in Your Ice Machine?

If you’re in a hard water region and need an ice machine, there are a few options that can help keep your ice maker running for years to come. At Easy Ice, we make sure to install the right type of water filter for your ice maker to combat hard water in your ice maker. The best part, our ice machine subscriptions include professional cleaning to take care of any scale that forms inside the unit. We have experience installing ice machines in hard water areas and keeping them running in top condition. Contact us today for a quote!